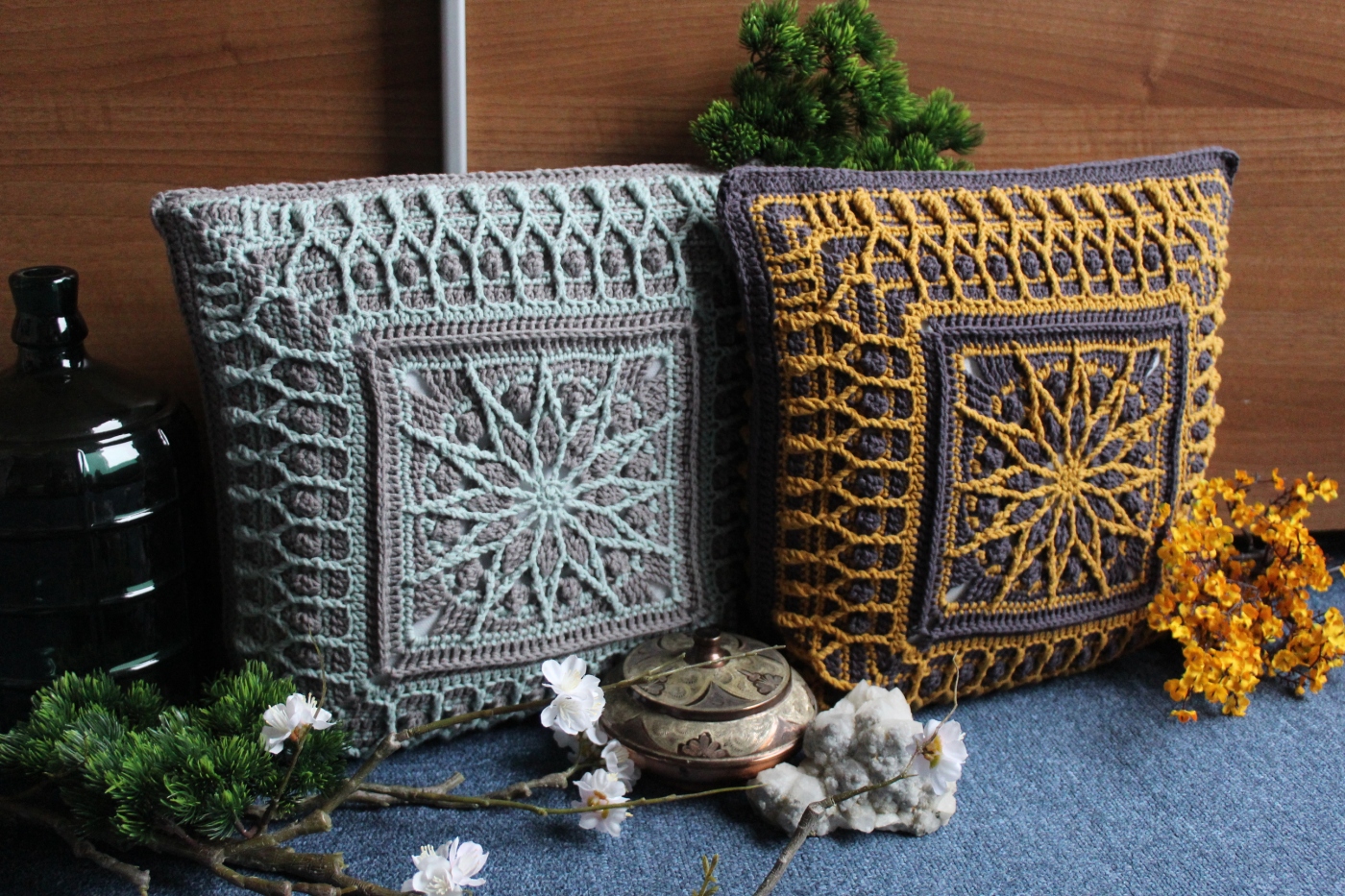 The Alegria pattern is here ! It is the first one released – out of my last ones before a long, long break from designing. And I think it will be a popular one. Alegria is actually a pattern of a large square which can be used in different ways. Out of two squares you could create the cushions I made, or you could make a large blanket out of some big squares. You will only need two colors of yarn to make this pattern. Alright, let’s start out introduction to this amazing pattern.

To start off, you might wonder why I named this pattern Alegria ? Alegria is the Spanish/Portuguese word for joy and happiness. As this pattern was on my hook for a long, long time, it became a bit of a headache issue. I couldn’t find the right stitches and tension to get out what I was hoping for. So I put it away for a while and after a few weeks I decided to pick it up. And in a few days I had found the solution to crochet this square the way I wanted it to be. It delivered me so much joy and happiness to finally get this done….so much of Alegria around this pattern in the end. Also the middle centre of the square is a twelve-pointed star which I designed after the inspiration i got out of mosaic walls and architecture from Sevilla. This was also the reason to pick a Spanish title.

The pattern is made out of Scheepjes Softfun which is a soft and thick yarn. As this yarn works up fast you don’t need that much. With just three balls of yarn you create a square and with just five balls of yarn you will have enough to make a cushion. The pattern is written in a way you crochet the square, but also holds instructions to turn this into a pillow.

Some general information about the pattern :

The pattern was also tested by my dear crochet friends Tineke Tap and Anna Nilson. Tineke made a test square with two colors of Scheepjes Colour Crafter, where Anna has decided to crochet a baby blanket out of this pattern. She is producing some squares at the moment as you can see under here.

Well what more to say about Alegria ? Ah..maybe where to get the pattern ! Well just as usual this pattern is available for purchase in my Ravelry store, and Etsy store.

After your purchase you will receive a digital PDF file to download.

Last thing to do is show you some more pics of this nice pattern. Next pattern up will be the free pattern for the Kyoto wrap which will be released on March 20th 2020. Keep updated about patterns and everything involved by following this blog and my social media.

Een gedachte over “The Alegria pattern…”