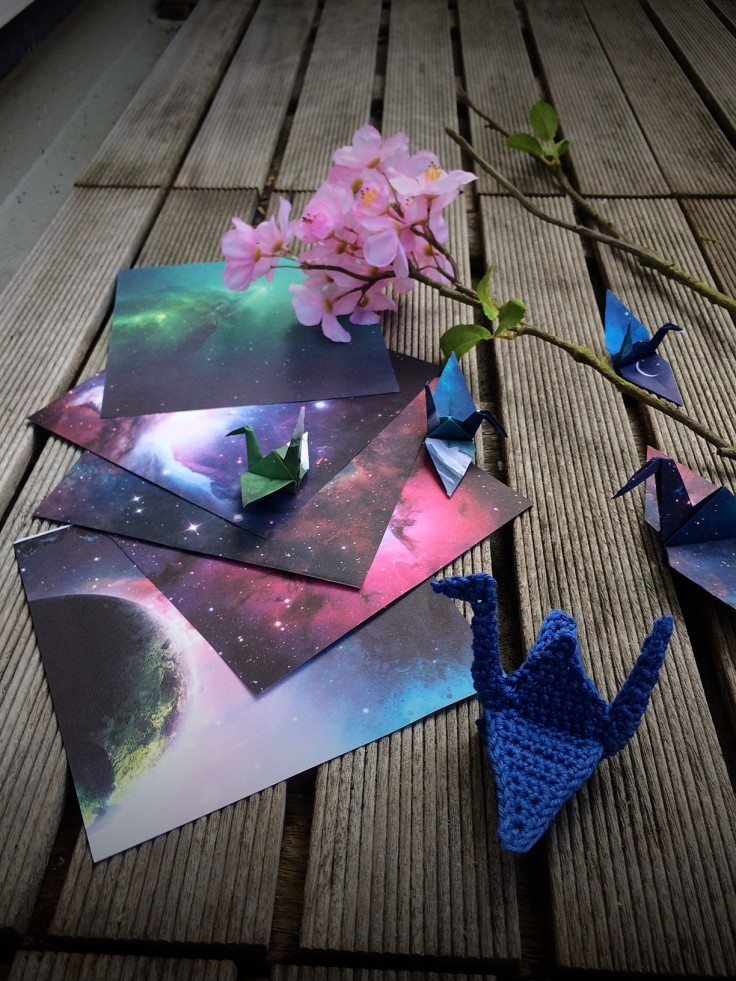 As you may have found out on my  Engimono page here on this blog i started folding origami cranes after my journey through Japan last year. I discovered the greater believe and traditions that comes along with the origami cranes and at that moment i realized i wanted to learn how to fold them. My folding skills or origami experience at that time were zero of course. When i was traveling by train from Tokyo to Kyoto on a 3 hour trip i had a little boy with his mom in the train next to me. As soon as we departed from the station he putted up a little box of origami papers and start folding. Instructed by his mother who did know many figures just out of her head he turned the paper in different kind of shapes and animals. Secretly i watch him folding the crane but i didn’t have the guts to ask him if he could learn me. Partly because it is almost shaming to ask a kid to learn something to an adult, but also out of a view of respect. I didn’t want to interrupt the kid as an annoying tourist who wanted to learn some paper-folding.

A few weeks later back home i did put myself to the proof of folding a crane. Actually i tried over 10 times and it didn’t out work great. But as it is with every thing you learn, practice and master it. And from the moment i mastered it i’m folding up to now. My goal was to reach 1000 pieces so i could make a wish. That goal is still far away out of my reach but that doesn’t bother me much. I can take all the time i need and make the journey up to 1000 pieces as long as i want.

With the folding also comes a new addiction, collecting origami papers. I did find the most stunning stars and space papers a few weeks ago on AliExpress and so i ordered it. Last week i got it in the mail and it is even better when it is in your hands. I made some examples as you can see on the photos. Of course these papers will stay in my private collection for a while as the cranes.

But when i was folding these new “star and space”cranes i did realize that maybe i also could crochet an origami crane. So i went on a search over the internet and i discovered there were some designs. However…without insulting anyone…they didn’t fulfill my expectations. They were all bobbly, round shaped and fluffy. I think one of the most specific things about a origami crane are the sharp and straight lines of the figure. When crocheting you can’t obtain the exact sharpness of a paper of course but at least you can try. So i started doing some math and drawing on the sketchbook. Made some prototypes and crocheted some parts. I did come to a real good idea what is in my head. I have to do a little adds here and there but as you can see on the photos the prototype is almost done. It is not the final version but it comes near the ends result.

I really don’t know if anyone would like it anyway, it is what i imagined in my head but maybe someone else thinks it is really rubbish. The good news is i will write down a pattern with some photo instructions when I’m done designing and it will be a freebie for anyone who likes it. So keep following this process and if you want to share any thoughts on this prototype if you like it or not, please feel free to leave a comment !