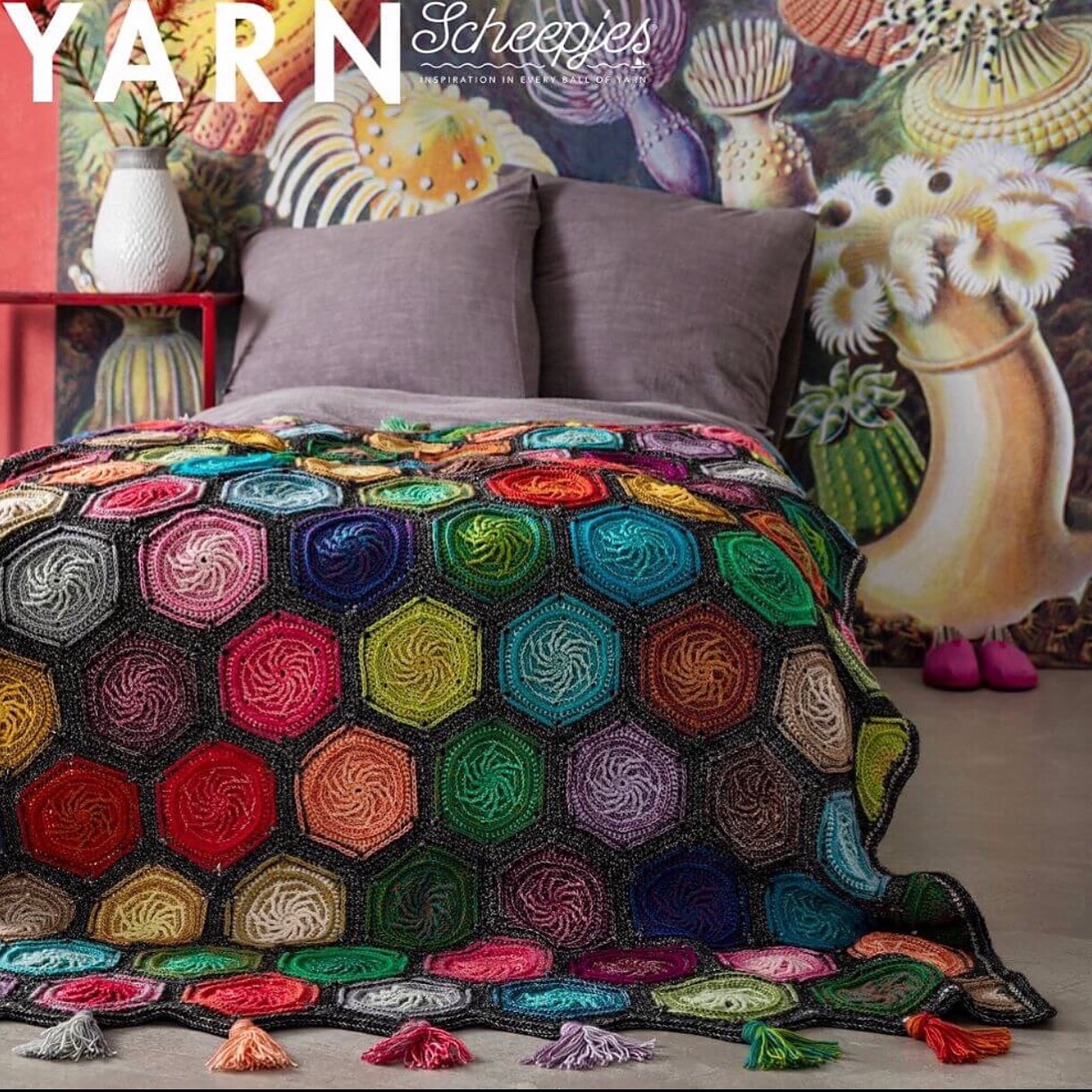 I feel like it is time to write down something about my first official publication at Scheepjes. It has been a few days now since the new Scheepjes YARN book-a-zine is out now and in it is my Hydra blanket. I can’t believe how great this one turned out and the way Scheepjes presented this the world is beyond beautiful. So I think you can imagine how proud it makes me to see this thing happening. Also the comments and attention you all gave me for this one shows off how well taken it is as a design. Many named me an artist or even mastermind and sometimes I even get a little shy of such credits. I also think it is a fun thing to show off how the Hydra blanket came to life.

Last year I was watching a documentary on Netflix about lost Greek treasures which we’re found on the bottom of the sea. With them there we’re many golden objects with signs and marks of ancient times. There was also a shield with a sun mark on it which they found and polished up a bit. It gave me the inspiration for this pattern to make. So I started it and soon i showed some pics of them on my social media. The response to it was not only huge, but you all liked the look of it so much. The Scheepjes Stonewashed and Riverwashed yarns give it a real vintage, old look. But you we’re not the only ones who saw this as Scheepjes was seeing it as well and they we’re busy collecting ideas for their new magazine by then. And it could’nt have been better placed. A pattern designed on something that was found between coral on the bottom of the sea would be featured in a magazine inspired on the Reef. Of course it was hard keeping this a secret for over a year, postpone the whole pattern and not reacting to questions on when the pattern would be there. But it was worth a lot ! Look at how beautiful it is lying there with that amazing anemone background. Couldn’t be more proud ! 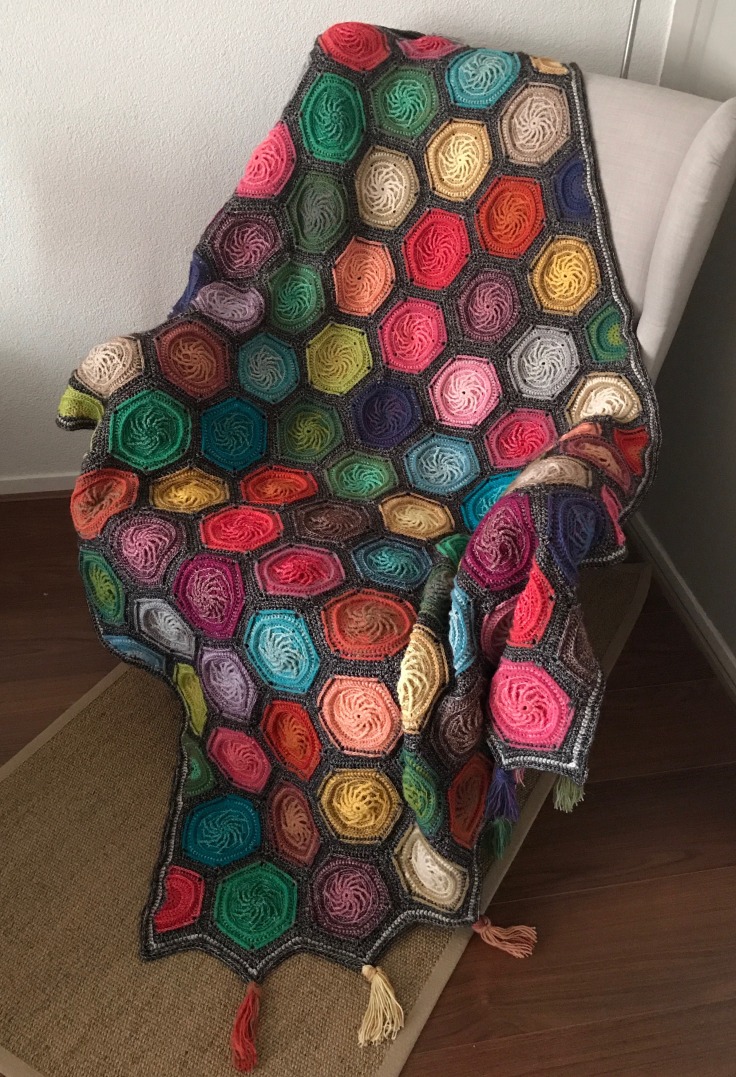 But enough about my contribution as there is so many more in the new edition. The magazine is inspired on the Reef and so you can expect a lot of underwater pleasure coming up. I’m not gonna spoil each and every design which is in it but what I do like is that at least there are three male designers in this issue. Besides me Martin up North came up with a really nice Seaweed blanket and there is Boy and Bunting with some really cute fish and a baby Ray !!!

But there is so much more to see. Jewelry, clothes and cushions, all is in it. And a a lot of our well known Scheepjes bloggers came up with some new amazing patterns as well. There is a Sea Urchin Cushion pattern from Jellina in it, a staghorn necklace from New Leaf Designs ( Carmen Jorissen ), the Surftime blanket by Cypresstextiles ( Rachele Carmona ), the Jellyfish top by aspoonfulofyarn ( Christina Hadderingh ) and the stunning Anemone Shawlette by Lillabjorn ! Of course i cannot show each and every design so to pick one here are the Sea Urchin Cushions made and designed by Jellina.

I could go on and on about what is to see in there and what an amazing projects this issue holds. But you better go see for yourself. Of course you can take a look at all projects on Ravelry to have an idea what to expect, but getting that magazine and take a nice cup of tea, some chocolate and going through it in your lazy chair is maybe even better. So I might suggest you purchase one as it is a real collectors item for your crochet library. Most of the Dutch yarnshops sell the issue, but if i have to pick a Dutch store where to get it, it would be Caro’s Atelier. For everyone outside the Netherlands or Europe I would suggest Woolwarehouse as they ship globally.

Well enough said and written about it. Enjoy these last previews made by Esme Crick and Lillabjorn. It is the Pompom Ripple Wrap and the Anemone Shawlette.