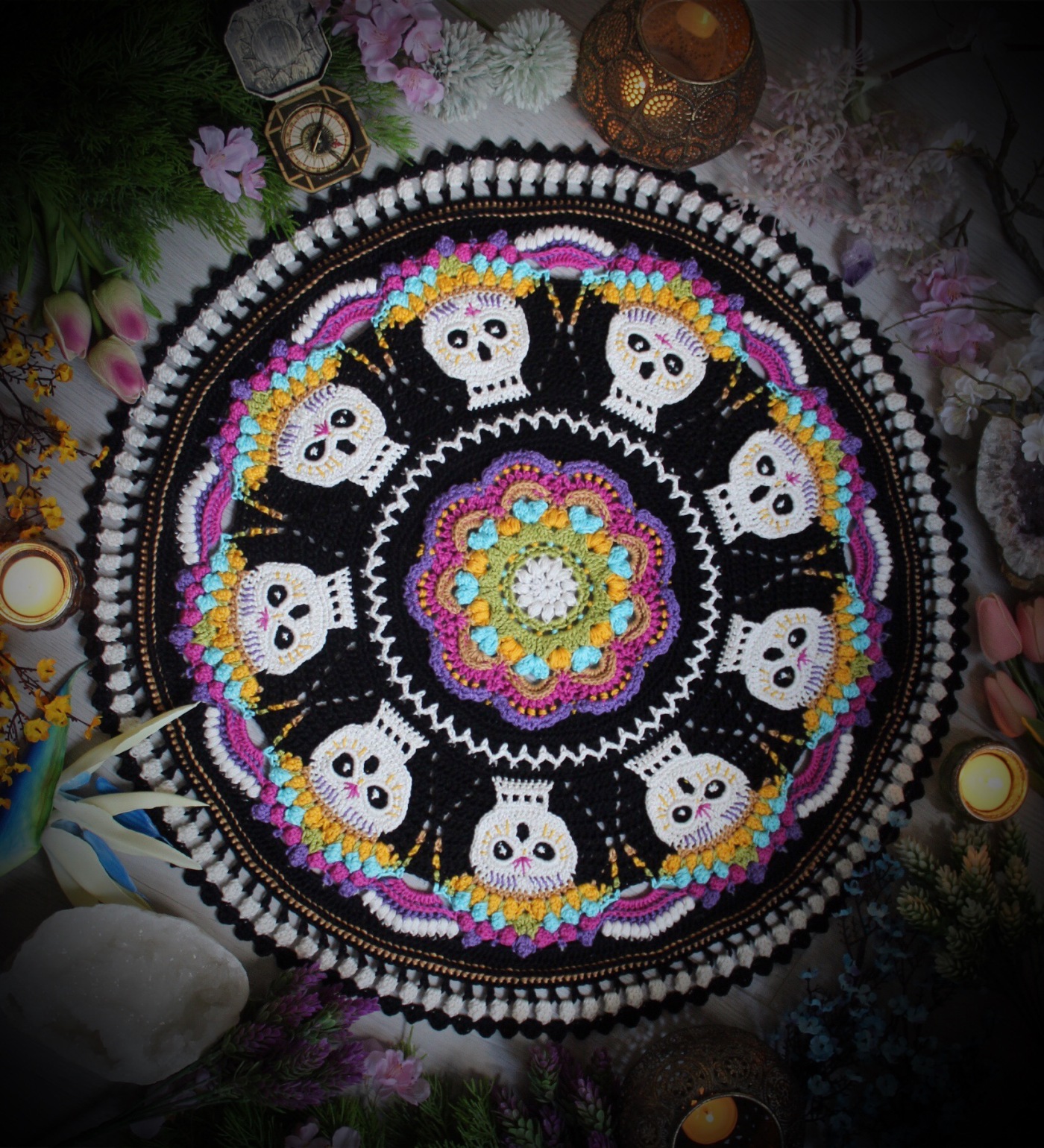 There is something I need to write down before we continue with the Dia de los Muertos CAL. It seems every time I try to host something, some people need to find the urge to start discussions or negative feed with whatever reason they can think off. And it bothers me very much ! So before we continue I feel the need to make some things clear. Don’t worry, no cancellation or message I quit, I have learned from the past and this times thing will be done differently.

So yesterday there was a pretty big discussion going on with some people who asked me to answer some question in public, as I own a public social account and show my work to the public. These questions were written in a pretty offensive way and they almost sounded like accusations. A bit later some things were already filled in without an answer from my side and so the discussion went on. out of my first reaction I typed a post towards this discussion with an answer in which I stated clearly that this is what I do and if you couldn’t agree with it you also could pass and move on without the urge to bother me any longer. As the discussion only got worse and worse I deleted my comment but it seems people like to screenshot all these days and I literally got overloaded with comments, private messages and even more accusations. End result was I closed down my Facebook page for a night to get this all down. Let me be very clear that I never will tolerate this any longer, I will explain and state some things :

I could go on as there are more things said last night and it hurts me again. The only thing I tried to do is crochet a design honoring and respecting a Mexican tradition. I do not own a name, culture or tradition and I can only try to attempt something that gives it the credit it deserves. Especially when you’re a outsider and only try to get it all done in a way it wouldn’t discredit the theme and people. I am not a million dollar company that tries to earn loads of money over a cultural event, in fact it only costs me loads of time in which I easily could have set to don’t host a free CAL and just put a price on this design.

Enough said about it, last thing I want to make clear how to go on after these questions and accusations. It is simple. We won’t repeat the past and so this CAL will take place, no matter how many boycotts, dislikes, comments or negative feed there will be. We are not gonna ruin a beautiful thing for many people by some people who clearly think these days you can drop whatever you like without thinking through what your words can do to someone or something. So, this is a warning, if it happens again I will block ,delete and remove everything negative I see or read. It is my CAL, my page, my social media. I do things in my way and I never obligated anyone to follow me or read my words. So if you can’t find yourself in what I do or write, just move on and spare me from that negativity. No one is going to demand me to answer questions in public as you are in no place to demand people. Let me once again be very clear, public comments, reactions or hateful things will be removed and blocked. If you continue this thing privately which again happened last night by many of you, I will make a report from this for a permanent block or removal. I’m sorry to have such a non-friendly and hard tone in my saying, but it seems the only way to keep up a peaceful environment on social media.

Last thing to say, I wish I didn’t have to write this down today. It again delivers an unpleasant feeling on my CAL and it feels like I can never host a thing without a group out there that needs to bully, hate and find reasons to shut you down. It seems part of the world these days but it spoils the fun also. I did see many of you defended me last night but it is sad enough there is a defence needed. So, from this point I do hope to bring out only happy thoughts and continue the Dia de lost Muertos with only joy and happiness. I deleted all negative feed of last night to have a clean slate. Thank you for reading this and see you on the 28th with the introduction details to this CAL and all information you need to know to join in.